Back in November 2017, we partnered up with Bournemouth School for Girls for the 6th annual British Interactive Media Association (BIMA) Digital Day. Today BIMA announced that students Georgia Abbott, Katie Holt, Evie Fawkes, Saffron House and Mali Foote as the winners of The Diana Award challenge for their idea ‘Virtual Victim’.

Digital Day is a free initiative that our founder and Chief Strategy Officer Andrew Henning established in association with BIMA, connecting both schools and digital agencies together to provide insights into the career paths and opportunities available in the digital industry.

Students faced challenges set by BIMA, insurance provider LV=, and The Diana Award – a charity legacy to Diana, Princess of Wales. The charity’s daily efforts focus on inspiring positive change in young peoples’ lives, supporting young people at risk and empowering action against bullying. Students were asked to come up with a product or idea that could help to prevent bullying or aid classroom learning using either artificial intelligence (AI), virtual reality (VR) or robotics. 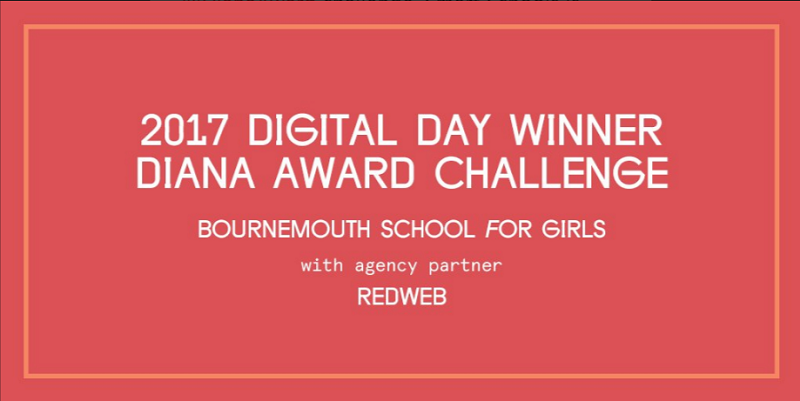 The team’s entry impressed sponsors of The Diana Award; Jonathan Ellicott, Anti-Bullying Project Coordinator at The Diana Award wanted to pass on their thoughts:

“We feel that they really answered the brief – not only did their idea raise awareness of anti-bullying, but it also encourages the users to stand up to bullying through educating them on correct ways to do so. Although there is currently a high use of VR, we felt that they were innovative in taking a readily accessible technology and changing its use. Rather than using VR for leisure, it was used as a tool to educate and create empathy specifically for the brief.

The execution and clarity of the project was flawless; from designing their own logo and slogan, to thinking about ways in which The Diana Award could run the initiative. The level of thought meant that we could really see this being something even we would use out on the road delivering training! Everything had been presented clearly and we can see that they had thought about the idea itself and how they wanted it to be presented, meaning they scored highly for work effort.”

Students had to pitch their ideas in a style mirroring ‘Dragons Den’ to our representatives from Redweb and to Deputy Head of Design and Technology James Winrow, before being judged by BIMA and the Digital Day sponsors.

“We received a huge number of submissions from schools all around the country and the quality was at an all-time high, so it was certainly not easy to judge but the winning team did an amazing job across all of the judging criteria.”

This is the fourth winning team from Bournemouth School for Girls in association with us. Our Marketing Executive Danielle Dwyer, who was on hand to help students on the day, said:

“This is such an amazing achievement for the students. Together, Redweb and Bournemouth School for Girls have produced winning teams for the last three years; we are all really proud of them! We hope the girls enjoy their well-deserved prizes, including an exclusive and exciting first-hand look at some of the roles the digital industry has to offer.” 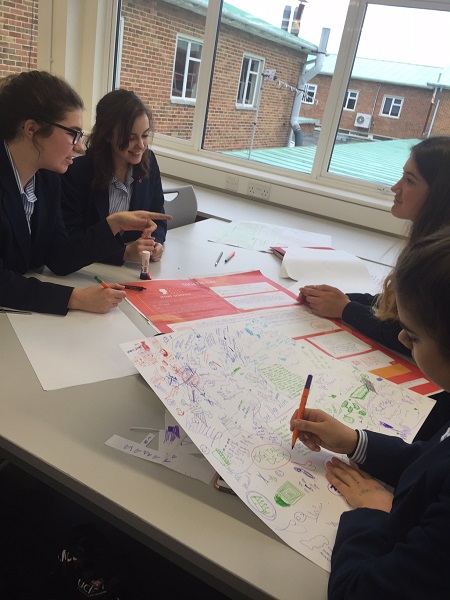 “Digital Day is such a great event to take part in and winning for the third year in a row is fantastic. Not only does our success show how well we work with our brilliant partners Redweb but also the amazing ideas and potential girls have to offer this exciting industry.

The Diana Award brief offered the chance for our pupils to explore lots of issues modern students face and proved to be both engaging, emotive and challenging. The winning team of students are elated and looking forward to going on the money can’t buy prizes BIMA and the Diana Award have been able to source. I’m sure these experiences will have a major impact on them as will the new resources we will be able to buy for our school with the prize money. We look forward to taking part this year.”

The winners receive a number of Digital Day prizes including a cash prize for the school and cinema tickets. The winning team also have a ‘money can’t buy’ opportunity to visit ustwo, the makers of Monument Valley – a popular puzzle game, where they will have a tour of their studios and work with them to design a mini-game. They will also have the opportunity to visit Sky Academy Studios where the students will have the chance to create their very own TV report.

We would like to extend a huge congratulations to this year’s winning teams and thank all the students and agencies who took part in Digital Day 2017. We hope to see even more students enter next year to discover more about digital careers.

Formed in 2012, Digital Day has reached out to over 15,000 young people, with hundreds of schools and agencies taking part in 2017’s challenges.

Our agency’s mission of inspiring careers in digital also extends to the annual student careers conference Digital Wave, which invites students to hear from guest speakers and seek advice on degree, apprenticeships and career paths within the digital industry.