Test Automation enables project teams to respond rapidly to change while still providing confidence in the quality of the product. In this blog, I will be talking about two test automation tools that are in use at Redweb and how they help us to work more effectively.

Since the move towards Agile development, the role of the Quality Assurance (QA) Analyst has changed to adapt to this different way of working. As Agile development requires more flexibility and the ability to respond to changes in short timeframes, QA Analysts now have to work more efficiently than before.

This is especially true in projects that have multiple sprints, where further functionality needs developing within an existing system. This, paired with the need to produce the same level of quality from an Agile project as expected from a traditional Waterfall one – which has pre-defined, fixed deliverables, means that the role of the QA Analyst is more valuable than ever. As the number of changes and the outputs from development teams increases, so does the risk of regression in a system.

QA Analysts need to be able handle the increase in risks and the fast pace in which things can change; the best way that they can do this is through test automation tools. Test automation tools are not new, but they are becoming more widely adopted within the industry.

Should a project require the release of a minimum viable product or involve multiple sprints working in the same area(s) of the system, there is always the chance that changes made later on will affect, or even break, code written at an earlier stage. Testing for regression can form a large part of the testing effort, often involving running the same tests multiple times throughout the course of a project. This is neither cost nor time effective and is what test automation tools are designed to combat.

The QA Analysts in my team at Redweb are currently using a couple of test automation tools. Both of these tools are free to use and form the bulk of our automation effort.

Selenium is one of the most popular and widely adopted automation frameworks available – it is open source, easy to use and, depending on the choice of version, supports a range of programming languages out of the box.

There are two, very different, versions of the Selenium framework:

Selenium IDE (Integrated Development Environment) is a lightweight plug-in for the Firefox browser. We like using it for the following reasons: 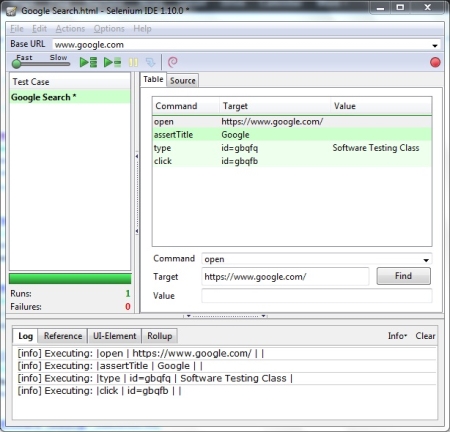 Although the Selenium IDE is very useful, the other version of the Selenium framework, Selenium WebDriver, can be favoured where the needs of the tester become more advanced. The differences in functionality include the following:

The next tool to examine is Wraith, an open source tool developed by the BBC, which helps to identify visual regression. We use Wraith for our projects for the following reasons: 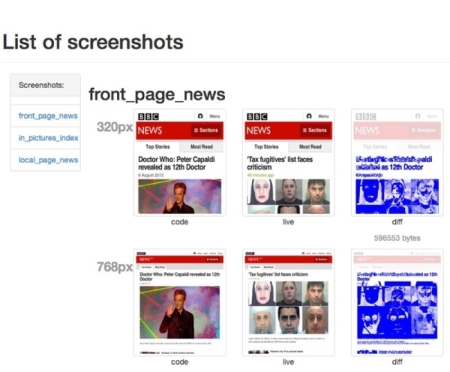 It is worth mentioning that although Wraith and Selenium save on testing time in the long-term, they do take some set up time. Selenium requires investment in creating test scripts, scripts that nearly always require maintenance time. Wraith requires installation through the command line and installation of a number of third party dependencies. A configuration file needs authoring with the URLs for the pages we want to screenshot, along with the necessary screen dimensions.

In conclusion, it is nearly always worth the time to get set up with automation tools if a project’s delivery is due over multiple sprints or iterations, or if the project is long-term. Then, automation tools can quickly become invaluable to the quality and efficiency of a project.

The next step for the QA team at Redweb is to develop deeper integration of the tools with our build and deployment processes from the start of a project. They enable QA Analysts to establish the success or failure of a deployment almost immediately and provide the project team, project stakeholders, and clients with the confidence that we can achieve a high level of coverage with only a few clicks.